Getting to Know Kathryn Fetter 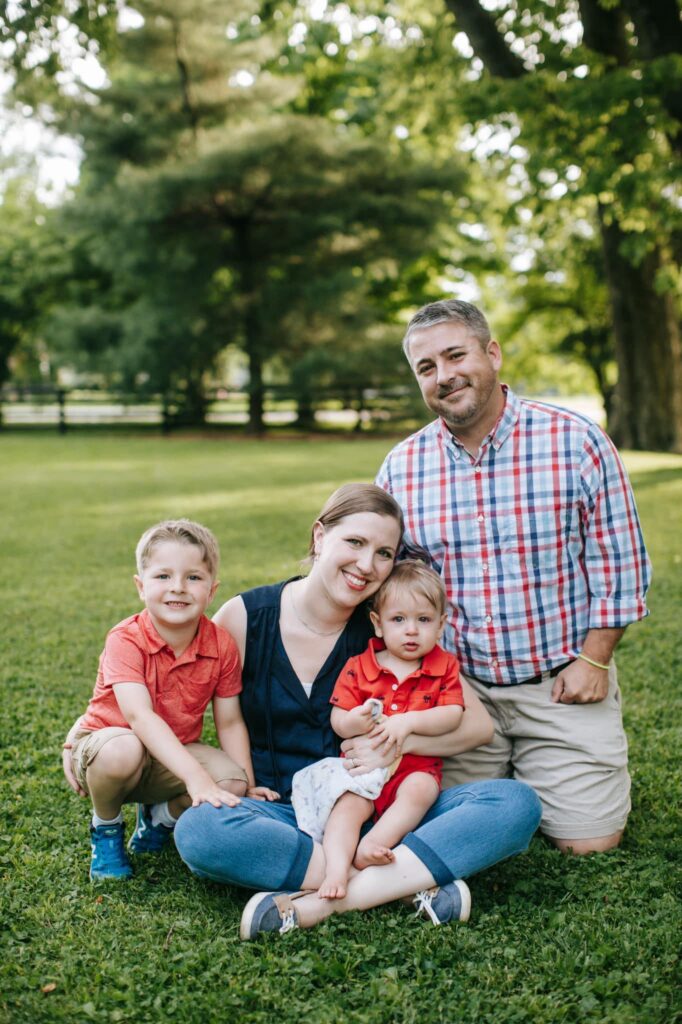 Any successful project first starts with a well-organized plan to execute the task. No one knows this better than Kathryn Fetter, director of Human Resources (HR) Projects for UofL Health – Human Resources.

The Woodford County, Ky., native has always had an affinity for the consistency and predictability that policies, procedures and organization have provided for her. In fact, improving processes is one of her favorite aspects of her current role.

“I really like the variation of this role, but I really enjoy the opportunity to improve processes,” Kathryn said.

Before coming into her new role in January 2021, Kathryn started her journey with UofL Health at previously named University Medical Center as a Human Resource business partner in 2017. Her transition from a team of one to the organization was a pivotal career move for her.

“This was my first time being a part of an HR team,” Kathryn said. “It was so exciting to finally be part of a team because you had people to bounce ideas off of and celebrate wins together. It was also exciting to see other people get just as excited about employment law as me.”

Once UofL Health came to fruition, Kathryn moved into an HRBP role to support UofL Health – Peace Hospital, UofL Health – Shelbyville Hospital and UofL Health – Mary & Elizabeth Hospital. She was promoted to senior HRBP in April 2020, just before the arrival of her second son.

Throughout her time at UofL Health, one of Kathryn’s favorite projects has been taking on transitioning policies from the legacy KentuckyOne Health HR department to the newly formed UofL Health organization.

“I love policies, so this was a perfect project for me,” Kathryn said. “Policies provide order to what could be chaos. When you have order, it contributes to stability, which gives way for more success.”

Although Kathryn thoroughly enjoys her HR team, being a part of an academic health system wasn’t originally part of Kathryn’s career plan. Kathryn holds a bachelor’s in history and religion from Centre College – which doesn’t exactly fall in line with an HR job.

“My dream job was to be a human rights lawyer and work at the United Nations Human Rights department in France,” Kathryn said.

After graduation, Kathryn started working with Kentucky Refugee Ministries in Lexington, Ky., as a career coach. She still loved the law, but she knew in her heart that she didn’t want to be held up in court for the rest of her life.

“I started my master’s in public administration at UofL and was required to take a class that had to do with HR policies and laws,” Kathryn said. “One of the sessions talked about employment law and I really liked it. I realized that all of the aspects that I liked about the law have intertwined connections to HR, so I decided to move forward with pursuing a career in that field.”

As she has spent more time in HR, Kathryn has come to realize that there is so much more she loves about the department, one of which is the support it gives employees.

In her new role, Kathryn’s goal is to address HR related systems and to improve efficiencies of the HR team to better support our team members. She wants to make processes and policies easy to follow and understand so our team members know what to expect and how to handle many of the HR issues they may face while at work.

“I want to ensure we have systems in place for our team members so they are prepared for a situation when it arises,” Kathryn said. “We need to have systems in place for payroll so when someone doesn’t get paid or something is wrong with their check, they don’t have to worry about who to contact or what they need to do to get it fixed. It’s simply investing in our team members who have invested so much in us over the past two years.”

When Kathryn isn’t at work, you can catch her listening to a sci-fi audiobook or watching something on Netflix. Her current book choice is Nine Perfect Strangers, and she’s finally caught back up on The Walking Dead.

If you’re looking to pick up Kathryn some lunch, stop into any wing place and order a nice basket of bone-in wings. But, if they get her order wrong, be sure to avoid the phrase “it is what it is.”

“I used to have a physical reaction when someone would say ‘it is what it is,’” Kathryn said. “I feel like it’s just a copout.”

Thankfully, Kathryn has moved on from her feelings of the phrase after a co-worker gave her a plaque that says, “it is what it is” as a gift.

One piece of wisdom Kathryn lives by stems from a photo of a past mission trip to Honduras. The photo captures the morning after a storm ravaged a local village – demolishing homes and places of gathering. The next morning, as the sun was rising on the remains of the village, the locals came outside and began to pick up the pieces. The quote at the bottom of the photo matches perfectly with the strength and resilience captured in the image: However long the night, the dawn will break.

If you see Kathryn in the Nucleus Building, be sure to give her a wave, fix her a cup of coffee (90% creamer, 10% coffee) and ask her all of your policy questions.