We are pleased to announce the appointment of Terry Johnson as senior vice president of Human Resources. Johnson brings with him more than 20 years of senior leadership experience including employee recruiting, retention and succession planning, compensation and benefits. 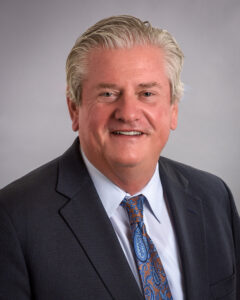 “I joined UofL Health because of its commitment to excellence in care, serving the underserved and investing in its employees,” Terry said. “As Kentucky’s largest academic health system, we have the opportunity to positively impact so many lives and communities.”

Terry completed his master of business administration at the University of Tennessee. During his six years as senior vice president of Human Resources for Quorum Health Corporation, he successfully reduced turnover in clinical areas, particularly in nursing. He also filled HR leadership roles at LifePoint Hospitals, Inc. and Walt Disney World.

“Terry brings the experience UofL Health needs, especially during this time of significant growth,” said Tom Miller, CEO of UofL Health. “He values investing in culture, team dynamics and leadership development. Terry will be an advocate for our 12,000 team members, supporting them so they can focus on taking care of our patients.”

Terry is relocating to Louisville with his wife Karen. They have five adult children and one grandchild.