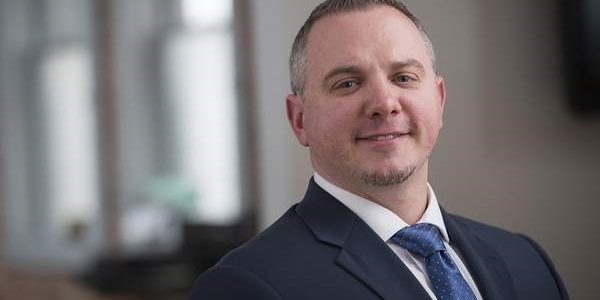 UofL Health has recruited new leadership for UofL Health – Shelbyville Hospital. Aaron Garofola is now at the helm as the campus’ chief executive officer. Aaron assumes the role with nearly a decade of leadership experience within the health care industry.

Aaron most recently served as chief executive officer of Associated Surgeons and Physicians & Women’s Health Advantage, a large multi-specialty independent physician group serving Fort Wayne, Ind., and the surrounding region where he was recognized in the Forty under 40 awards. Prior to this, he served as the chief executive officer at Dupont Hospital in Fort Wayne, a part of the Lutheran Health Network. Under his leadership, Dupont Hospital was honored as one of the top 100 hospitals in the country by IBM Watson Health.

Aaron joins Shelbyville Hospital after it was recently named a 2019 “Best Places to Work in Kentucky” recipient. “I’d like to acknowledge the leadership, commitment and support that UofL Health – Shelbyville has received in recent years – I’m very much looking forward to continuing this legacy and acclimating to this new and exciting role” says Aaron.

Aaron served in the Indiana Army National Guard as an Infantryman from 2001 to 2007 with deployments to Bosnia and Afghanistan in 2002, and 2004 to 2005. Aaron, along with his wife Ashlea and their four children Mackenna, Allayna, Mason and Landon, are relocating to Shelbyville area.