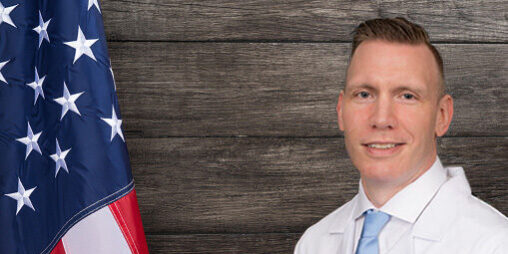 When asked about why he chose to work at UofL Health, Dustin recalled his experience with academic health care settings.

Though Dustin has spent a year and a half with Medical Center Northeast, he originally started his UofL Health journey with UofL Hospital as a staff nurse in the Burn Unit in the ICU. In this role, Dustin consulted on emergent burns that arrived at the Emergency Department, guided and supported families in end of life decision and supervised the care and implementation of extensive wound care and dressing changes.

Though it seemed Dustin could have a thriving career in nursing, he knew he wanted something more. At the age of 29, after seven years in the health care industry, Dustin enlisted in the U.S. Army.

“My family thought I was crazy,” Dustin said. “I was a nurse. I’d been working in hospitals since I graduated from college, but I just had this feeling that I wanted something more. I’d always been curious about the military. There’s not a lot of people who enlist that late in life, but I knew if I didn’t do it now, how would ever know if it was for me?”

Dustin served as an Infantry Squad Leader with the 101 Airborne Division out of Fort Campbell, Ky., from 2009-2014. During his time in the service, he did two tours in Afghanistan and led his squad more than 100 dismounted patrols. His team also cleared 30 culverts during counter-improvised explosive device (IED) operations. 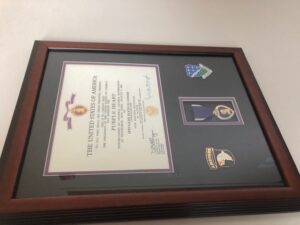 Dustin was also awarded the Purple Heart for his sacrifices overseas. The Purple Heart is an award to those in the armed forces who are wounded by an instrument of war by opposing forces. In 2010, Dustin was wounded when his vehicle was struck, causing his left hand to be shattered.

“I wear my Purple Heart in honor of the guys who don’t get to come home,” Dustin said. “I had a difficult time readjusting to civilian life after leaving the service. I refocused my life and have dedicated myself to living a life worthy of the sacrifices our men and women who serve every day for the betterment of our nation.”

With a new focus and a fresh start, Dustin decided to hit the books to become an APRN.

After graduating from Spalding University with a master’s degree in nursing, Dustin started looking for a job when he received a call from an old friend, Dr. Christopher Combs.

“I’ve known Dr. Combs for 20+ years, and it was a series of strange events that resulted in us coming back into contact,” said Dustin. “He initially suggested that I apply with KentuckyOne Health which became UofL Health.”

For Dustin, coming to Medical Center Northeast was the easiest decision he’s made as a professional.

“One of my favorite things about UofL Health is the opportunities it has for everyone,” said Dustin. “I have had the chance to be mentored as a mid-level practitioner by a well-respected and established physician. If I turn out to be a great find for UofL Health, Dr. Combs definitely deserves the finder’s fee.”

Outside of work, Dustin enjoys having his favorite breakfast meal, biscuits with old-fashioned, “good brown gravy”.

If Dustin could learn any skill, it would be a musical instrument or a new language, as that would make him a more well-rounded individual.

Dustin is inspired to live each day better than before and to live a life worthy of the fallen soldiers who gave their all for our freedom.

Thank you, Dustin, for your service to our country and to UofL Health!