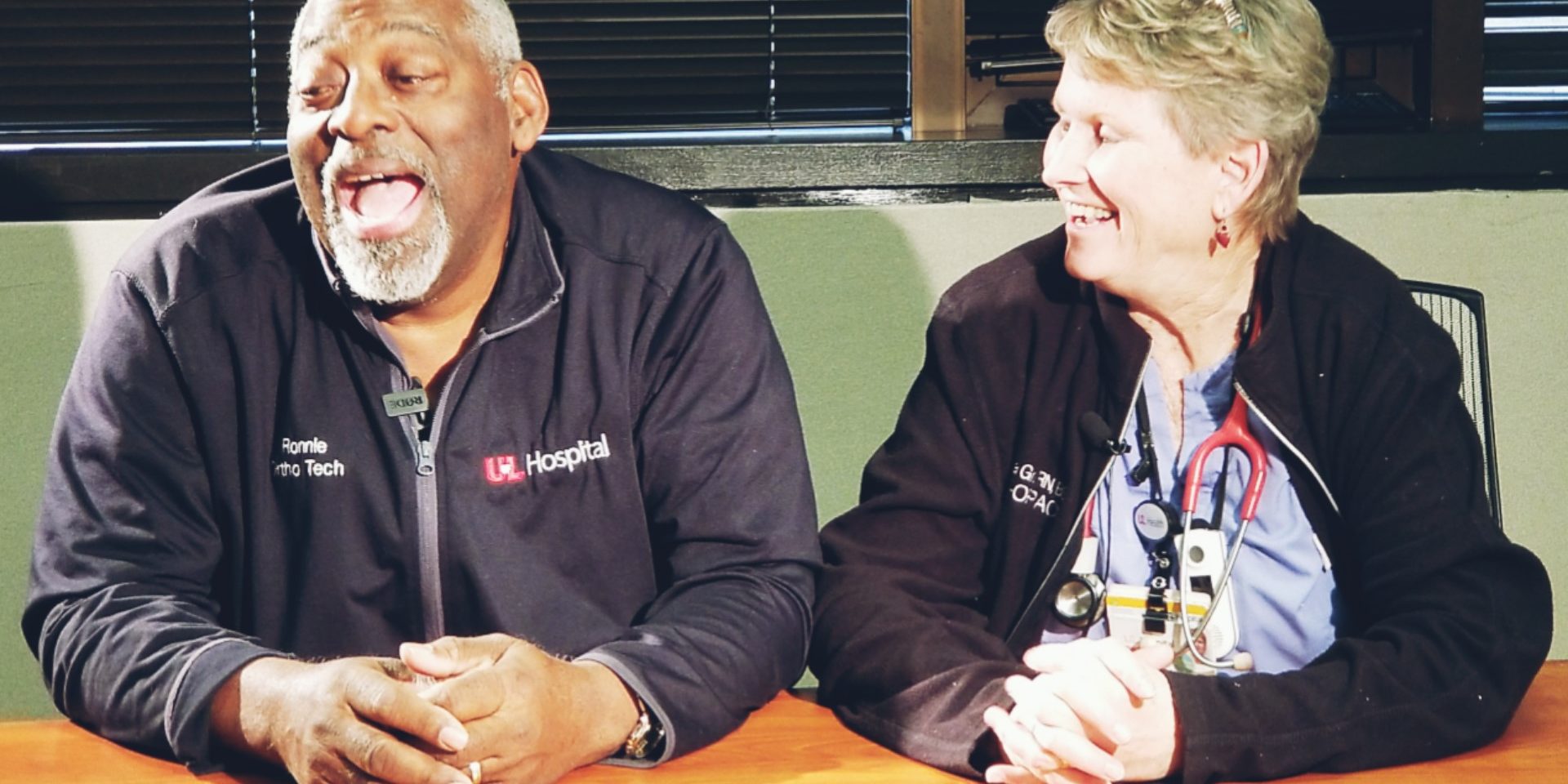 If you’ve met Donna and Ronnie Gray, you know they have something special.

Ronnie has worked for UofL Health for more than 50 years. Donna has been here for more than 30. She works in Pre-op and he is an orthopedic technician.

They met decades ago while Donna was working in the ICU and Ronnie worked in X-ray and transport.

“You can meet and you just don’t have a clue you’re going to end up with that person,” Ronnie said. “We didn’t plan it.”

The two shared hugs when they saw each other, but that wasn’t unique. Ronnie gives out hugs wherever he goes. If you pass him in the hallway, you’ll probably get one.

“You give everybody a smile and a hug,” Ronnie said. “A smile makes their day get better.”

Finally, after countless hugs, Donna and Ronnie spent time together outside of work. Those moments were special, but it was Ronnie’s actions at work that helped Donna fall in love.

Donna would watch Ronnie interact with patients and loved how soft-spoken and kind he was. He could make anyone calm, even Donna.

“He’s my tranquilizer,” she said.

Ronnie fell in love quickly, too.

The couple married on Aug. 27, 2005. They didn’t get a honeymoon because Ronnie was on call 24/7. Work also interfered with their first-anniversary dinner. Instead of a romantic outing, they ended up at White Castle at 9 p.m. They didn’t mind though, because they were together.

“He always told me he wanted someone to grow old with. So, that’s what we’re doing- growing old,” Donna said. “We’ll be in the nursing home together,” Ronnie added.

The two agree that they’ve bickered, but never had an argument.

“She lets me be myself and I let her be herself,” Ronnie said. “Why argue?”

“We still go in opposite directions and meet in the middle. We trust each other,” Donna said.

Donna and Ronnie chose careers in health care because they love helping people. Falling in love, was an unexpected perk.

“I never would have met her if it wasn’t for the job,” Ronnie said.