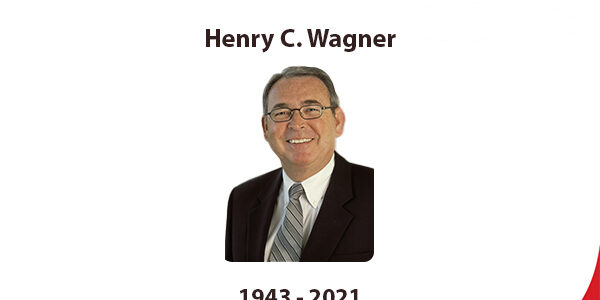 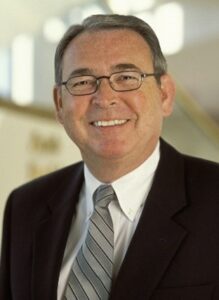 Henry “Hank” C. Wagner, former president and CEO of Jewish Hospital passed away on March 4, 2021. During his leadership tenure of more than three decades, Jewish Hospital grew from a single hospital into a regional system with world-wide recognition for medical advancements, in partnership with the University of Louisville. He served on numerous civic boards including the UofL Board of Trustees, the University of Louisville Foundation and the UofL Athletic Association.

“Hank Wagner was a giant among the Louisville medical community and a great friend to the University of Louisville,” said Neeli Bendapudi, president of the University of Louisville. “He was a strong advocate for our community and the university, and he laid the groundwork for many of the successes being enjoyed by UofL Health today. His dedication to establish key medical positions through the state’s Research Challenge Trust Fund, known more commonly as ‘Bucks for Brains,’ enabled UofL to recruit and attract top researchers in medical fields. His contributions are many. He will be missed.”

Hank joined the executive team at Louisville’s Jewish Hospital in 1972, advancing to President and CEO in 1980. He led the hospital through more than 30 years of growth and innovation, including the world’s first successful hand transplant and the world’s first implantable artificial heart. Kentucky’s first heart, lung, kidney, pancreas and liver transplants are also among the 70 medical milestones advanced under Hank Wagner.

“Hank had an unmatched ability to bring a vision to life. Without him, I don’t believe Louisville health care would have had the positive accolades that we have seen over the years. His success lifted Louisville along the way,” said Ken Marshal, COO of UofL Health. “I always admired him. He had a big influence on me early in my career. He empowered his team to reach incredible medical milestones, all while never losing sight of that health care, in the end, is about the patients we serve. That’s a legacy I believe UofL Health is still living today.”

Hank Wagner’s legacy is still changing Louisville’s medical landscape and saving lives into the future. His passion for advancing heart research and treatments led to the formation of the UofL’s Cardiovascular Innovation Institute.

An endowment fund is established in his name. “Hank Wagner’s legacy will continue through the Hank and Donna Wagner Endowment for Excellence in Heart Care,” said Robert Waterman, chair of the Legacy Foundation of Kentuckiana.  The Foundation is honored to provide oversight of the endowment fund founded in 1989 by friends and colleagues with matching gifts by Hank and Donna Wagner. It is dedicated and restricted to furthering a higher level of excellence in cardiovascular care and advancements in the six counties served by the Foundation: Bullitt, Hardin, Jefferson, Nelson and Shelby in Kentucky and Clark in Southern Indiana.

Hank Wagner’s contributions to UofL, UofL Health and our community will live on through the physicians and researchers he inspired, as well as the thousands of patients who have benefitted from his leadership of the hospitals and organizations he impacted throughout the Louisville community.