Getting to Know Eugene Tsozik 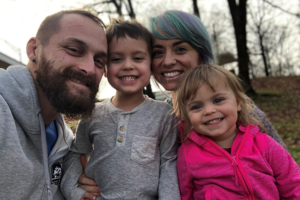 Have you ever dreamed of training in Brazilian jiujitsu? Well, we know a guy!

Eugene Tsozik, PT, DPT, is a physical therapist in the UofL Health – Frazier Rehabilitation Institute department at Medical Center East by day, and a jiujitsu star by night.

Eugene began training Brazilian jiujitsu, a form of martial arts, 14 years ago and often finds interesting parallels to his work in physical therapy. His training has allowed him to practice strategic control and movement of the body, skills he practices with his own patients. He now shares this hobby with his son and hopes for many years of sparring to come.

Eugene’s time with UofL Health began in 2004, when he worked as a transporter for UofL Health – Jewish Hospital and returned to the organization in 2010 as a physical therapist.

His favorite part of his job is creating one-on-one relationships with patients and watching them succeed through treatment.

“I get to focus on their treatment plan and communicate how they’re growing. I love being able to track the progress of movement and celebrate milestones with patients,” Eugene said.

Eugene has previously served in supervisory roles and says his experience allows him to understand the importance of workplace honesty and transparency. He says UofL Health creates a safe and effective environment for patients and providers to do their best work.

“As a direct patient care provider, I am a reflection of the organization as a whole,” Eugene said. “Patients create interpretations from their interactions. It’s important to me to set an example of care and empathy to make them as comfortable as possible.”

As UofL Health continues to grow and expand its reach, Eugene hopes to see the organization continue to provide cutting-edge and innovative treatment to our patients.

Did you know Eugene was born in Russia? At just 6 years old, Eugene moved to the United States. He enjoys calling Louisville home and admires the unique character of the city.

Outside of work, Eugene loves listening to audiobooks and enjoys anything related to stoic philosophy and self-improvement. He’s currently reading “Breakfast with Seneca” and “Be Water my Friend.” Do you have a book recommendation that fits his genre preference? He’s always looking for his next good read.

Sushi is a go-to for Eugene. He loves the artistry and creativity that goes into each roll. His favorite spot is Hiko-A-Mon in Westport Village. Go give it a try, and make sure to invite Eugene!

If Eugene could pick up a new skill, he’d love to learn how to work with metal or fix cars.

He considers himself a big Disney fan and loves to talk about all things Star Wars or Marvel. If you catch him in the hallway, be sure to introduce yourself and ask about his favorite movie character. He would love to get to know you!