Getting to Know Steven Ramirez 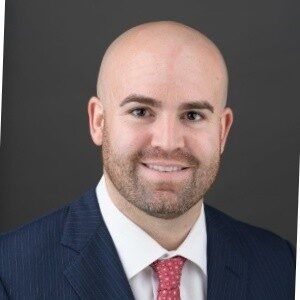 Steven Ramirez is the chief information security officer of the Information Technology department. He has been with UofL Health for two years. Before joining our organization, he previously worked at IMB – Watson Health, McKesson and then Catholic Health Initiatives. With his previous positions, he was able to travel A LOT! He has been to 45 out of the 50 states. He has always served in security roles such as a privacy officer but served more on the consulting side.

At UofL Health, Steven oversees all the security of all the IT systems, including access. What does this mean? He ensures our data is secure and bad guys don’t compromise our secure IT system and access management. Similar to what our physical security does. The bad guys look for patient information data sets such as credit card information, health records and infiltrate devices such as phones, tablets and computers using the system all at once.

You don’t want the house you’re buying to have a broken roof or no locks on the door, so you hire a home inspector to come in and tell you what is vulnerable and what needs to be fixed so you can be safe in your home. He performs the same safety precautions to vet any company that comes in as an IT provider or medical device. With this, his day-to-day is never the same.

If you see Steven, he may be going to a meeting to discuss strategies or where we can make improvements in the processes. He may be heading to provide end-user training, security investigating, or working with frontline businesses. He also supports our EPCS e-prescribing system with regulatory mandates to ensure that the right people can prescribe medications and it can be tracked, Imprivata which is our two-factor remote access, Zoom, Dropbox, and security operations to ensure the best prevention. The executive team has invested a lot into his department especially in this fiscal year. They invested in a lot of tools to help with early detection and expediting the three-year security plan into two.

“You’ll never have a boring day in security,” Steven said. Adding that’s one of the many favorite things about his role at UofL Health. He loves the people and the leadership team. He is also surrounded by a supportive community of people, no matter who they are. He also does not have a typical 9-5, he gives 24-hour system support with his job.

Picking to work at UofL Health was not a difficult decision for Steven as both of his parents are care providers and have always been in health care. Being a part of something he can tie back to something tangible makes his job with UofL Health meaningful and fulfilling. Daily, his team reminds each other to make things less stressful for the frontline staff, being able to look at what the business need is and try to meet in the middle by being agile and adaptive to patient care.

“Keep us secure – that that is my goal for UofL Health.”

By next year Steven’s goals include completing our security road map and protecting our organization while adding cutting-edge tools and establishing ourselves as a research center. “If you don’t have the securities, you can’t give innovative care,” said Steven. Our mission is carried out by making sure our technology-dependent system is a resilient organization from technological or human-made risks and threats. The first death from a cybersecurity risk occurred in Alabama and working on continuity plans is one of many ways he ensures secure access for our system.

Did you know Steven is a twin? He has a fraternal twin who works in finance. Although they may look alike, their personalities are completely different. When Steven went to school for his undergrad he obtained a degree in political science, originally wanting to work in the FBI. He then went on to obtain his master’s degree in safety security and emergency management and a master’s in health administration.

Remember when we mentioned how he traveled a lot? He has had the opportunity to call many places “home” including Southern California. Although Louisville is currently and has been his home for the last five years, he does miss California as most of his family is still there. But it gives him the opportunity to travel back.

“I should have a sponsorship from Chipotle and Bandido.”

Steven would eat Mexican food every day if he could. Especially, tacos and burritos. He may switch to sweets occasionally as he does love all things sweet, EXCEPT chocolate!
It is hard to annoy or frustrate Steven, so if you see him don’t be afraid to say “Hello!” or ask him what he’s currently listening to as he is an avid audible listener.

Getting to Know Kelsey Schneider
November 22, 2021